Horses and carriages have been used together since at least 3,500 B.C., around the time when the wheel was invented. These vehicles consisted of wooden boxes or crossed wooden stakes, connected to horses by leather and rope.

Horse-drawn carts/carriages were an important form of transportation at that time. Horses and carts were even instruments of ancient warfare across the Middle East and Europe, though horses were smaller and less powerful compared to their modern day descendants. 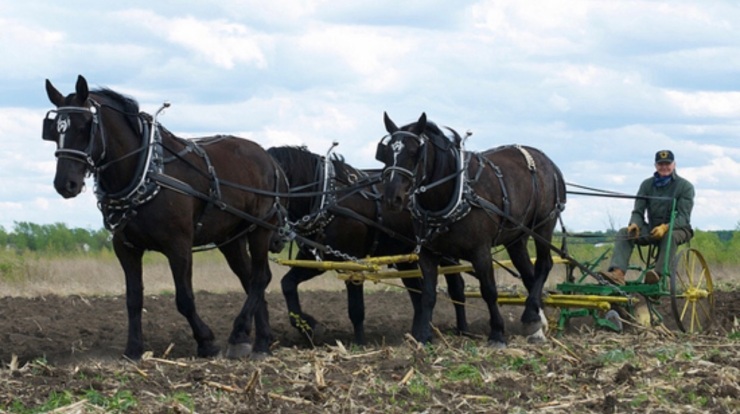 Generally, people who didn’t walk used horse-drawn carts as their primary mode of transport, and merchants used the carts to transport their wares.

The horse and cart played a prominent role in medieval European society.

Those who owned at least two horses made sure to use the same two animals as a team when hauling heavy goods.

It was not until the 1500s that European upper classes began to use a closed horse-drawn carriage for transportation.

In the 17th century, horses and carts had better engineering that made for a safer, smoother ride. Beginning around the mid-1700s, horse-drawn carts were built with lighter materials, making them quicker. Coachbuilders, painters, and upholsterers collaborated to produce more beautiful and elegant carriages with the passenger’s comfort in mind. Additionally, wealthy horse owners sought out rapid horses weighing at least 1,600 pounds for greater speed. 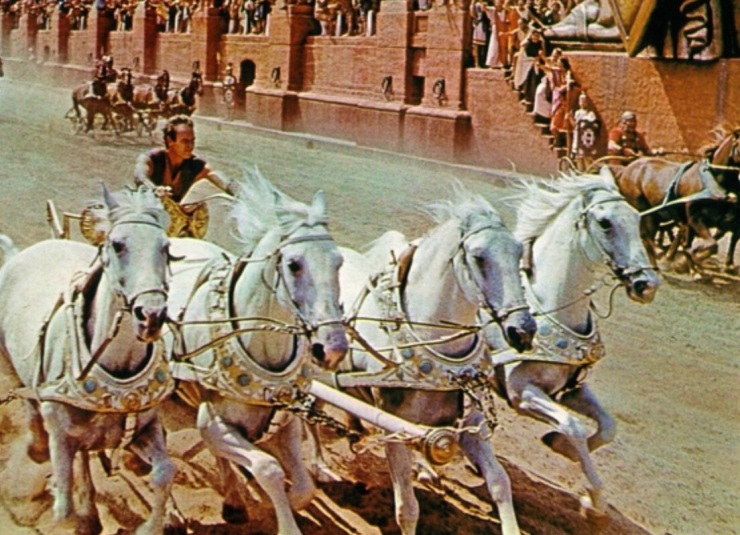 With the introduction of the railroad in the late 19th century, wealthy Europeans came to rely on their horse-drawn carriages less. As people throughout the West started using automobiles from the 1890’s onward, use of the horse and cart declined even further.

The style and traditions of horses and carts varied by world region throughout the centuries. For example, French and British horse-drawn carriages required a coachman to drive while sitting on a raised seat in the front. In 19th and 20th century Spain, however, men drove horse-and-cart combinations by actually riding the horse pulling the cart. Meanwhile, in 19th century South Africa, teams of up to six horses or oxen were used together with a cart to plow tough soil. 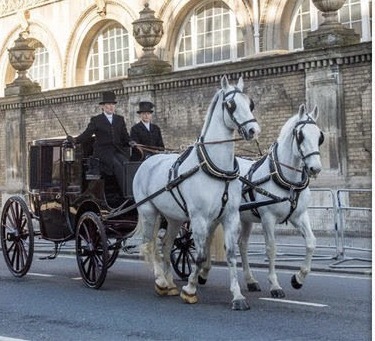 Horse-drawn carts have existed in numerous forms throughout history and across the world. More than 300 different types of horse-drawn carriages have been recorded throughout the years, including the cabriolet, road coach, stagecoach, and the wagonette. Indeed, by the 1800s, one’s choice of horse-drawn vehicle was viewed as a status symbol reflecting a person’s income and personal taste.

Today, draft horses and such breeds alike are still displayed at ceremonial events such as when the Queen of England is trooping the royal colors. Horse and carriages used in weddings as with Prince Harry’s much anticipated wedding to Megan Markle, they are charmingly whisked away from the Royal Church via the adorned carriage.

Horse driving shows, where teams of highly trained draft horses pull carriages of various sizes. One of the most common uses of horse and carts nowadays are in paid city tours or even as taxis, in cities throughout the world. It appears that the whimsical Horse & Buggy are here to stay for us all to enjoy.

We hope the Horses are always handled with upmost humane care and respect possible.